Where do our computers go when we swap them out for new kit?

We’re recycling and reusing our PCs to build better futures for young people in the Philippines.

We’ll be donating PCs to two schools in the Philippines – Mary Help of Christians School (Cebu), Inc. and Concord Technical Institute – to support the learning of their students.

The kit will add to their skill sets, opening up more opportunities for them in the future. 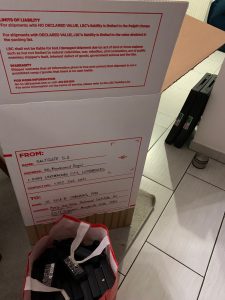 Our IT team and Luxembourg colleagues worked together to provide 40 computers to Progreso Este Elementary School in the Philippines, pictured left.

The donation was described as a ‘significant milestone’ for his pupils by the school’s principal, Reynante Lorenzo.

A big thank you goes to June Galon for arranging this donation again and spending his Saturday packing the boxes, ready for delivery. The students will get the PCs by the first week of April.

We’re thrilled to be supporting another group of students with a second donation and look forward to hearing updates.

Global Giving: helping near and far